Economists at the nation’s biggest bank now expect the Reserve Bank of Australia to start raising the cash rate in June, rather than their earlier forecast of a move in August.

Commonwealth Bank Chief Economist Gareth Aird expects inflation to be much stronger than the RBA expects, leading the cash rate to rise to 0.25% from a record low of 0, 1% at the June board meeting.

RBA Governor Philip Lowe has indicated he would like to see a few more quarterly inflation reports before raising the cash rate, which would be consistent with a move in August.

The consumer price index for the March quarter is due on April 27 and the report for the June quarter is released on July 27.

“But the RBA’s inflation forecast is different from ours,” Mr Aird said.

Commonwealth Bank economists now expect the Reserve Bank of Australia to start raising the cash rate in June, rather than their earlier forecast of a move in August

The RBA stuck to the line that it intends to be patient before raising the cash rate for the first time in a decade in the minutes of its Feb. 1 meeting released on Tuesday.

However, better than expected progress has been made on its employment and inflation targets, which is why the board has decided to end monetary support through its debt purchase program. obligations this month.

But the minutes reaffirmed that its members were not yet convinced that the recovery in inflation would hold.

“Wage growth has also remained modest and it will likely take some time before overall wage growth reaches a rate consistent with inflation sustainably on target,” the minutes say.

Despite this, the minutes note that the unemployment rate was at its lowest level since 2008 and that underlying inflation was in the middle of the target range for the first time since 2014. 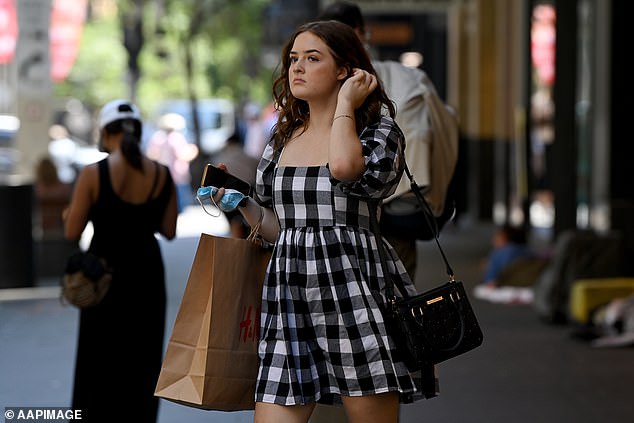 Meanwhile, the planned reopening of international borders and signs that the peak of the Omicron variant has passed have helped lift Australians’ spirits, despite record petrol prices and the potential for higher interest rates.

“The passing of Omicron’s peak, along with the news that international borders will reopen to vaccinated tourists later this month, has no doubt helped boost morale despite rising gasoline prices,” said said ANZ’s head of Australian economy David Plank.

The national average petrol price gained another five cents per liter to a new high of 176.9 cents last week, with even higher prices recorded in Melbourne, Hobart, Canberra and Perth.

“Although confidence has moved above the neutral level of 100, it is still well below its long-term average, so we cannot say that higher inflation has no impact,” Mr. Plank.

Consumer inflation expectations rose 0.2 percentage points over the past week, returning to a recent seven-year high of 5%.

Global financial markets are bracing for the biggest hike in US interest rates in nearly 30 years as the US central bank moves to halt rising inflation. After days of frenzied investor speculation and signs of growing central bank anxiety, the Federal Reserve is expected to raise the official cost of borrowing by 0.75 percentage […]

Aussie dollar outlook uncertain with US interest rates on the move

The Aussie dollar has been on a bumpy ride since the coronavirus first hit our shores, putting those planning to travel overseas later this year in a dilemma over whether to lock in their rates. Exchange now, or wait in hopes of a better deal. In March 2020, the dollar briefly fell below US60¢ as […]